I look at the computer to see the time and realize that in thirty days, I will turn 62.  Surreal doesn’t half-describe this sensation.

I think back to a doctor’s office, a little room in a dingy building of which the doctor must have been inordinately proud in the way of specialists.  He sits hunched on his side of a small desk, wrinkled craggly brow thrust towards my mother and me.  He says something that I don’t understand.  He’s mumbling.

Hereditary spastic quadroparesis emerges from the syllables floating in the room, crowding us.  I look at my mother.  Her brow has furrowed to match the doctor’s forehead.  I squint through pink plastic cat glasses which I’ve worn since fourth grade.  I haven’t confessed their inadequacy because I know my mother doesn’t have any money to replace them.

She looks back at the neurologist.  Why don’t any of my other children have this besides two of my girls, if it’s hereditary? She doesn’t think he’s got the right diagnosis.  She hasn’t, for a decade, accepted the pronouncements that any of them have given her.  The first one, acute something sepsis something else, fell by the wayside when the antibiotic that they administered failed to safeguard against the wobbly walk and the night tremors.

The doctor shrugs.  The human body mystifies him but even I know that he won’t admit his ignorance.  My mother stands and reaches over the desk to extract some piece of paper that he had been offering her.  I let my eyes wander to the window.  His words don’t change anything about my life.

Downstairs we get into the little car that my mother drives to and from work and the grocery store.  She’s only been driving a few years.  Her father had tried to teach her a long time ago, but it wasn’t until necessity gave birth to invention that she forced herself to learn.  With my father prone to disappear for days or weeks at a time, and her job across town from our Jennings home, she had no choice.  The bus didn’t take her where she needed to be.

We navigate down Kingshighway in silence.  I feel her eyes on me once or twice but keep mine fixed on the moving cars outside my window.  I think she apologized.  I shake my head.  It didn’t matter; none of it.  They could change what they called  my problem every year if they wanted.  Boys would still make fun of me.  Girls would still twitter when I passed them in the hallway.  I’d still be alone, with only my sister Adrienne to understand what I felt, and she never spoke of it.  Not to me, anyway.

I’d spend the next fifty years trying to make my skin fit.  At age twelve, going into the eighth grade, with my near-sighted eyes holding back hot tears, I didn’t stand a chance.

When we get home, Mom asks me what I want for dinner.  I tell her, whatever you were going to fix anyway.  I go into the bedroom that had finally become mine by dint of all the other girls moving out.  I shut the door and lay on my bed, thinking about the week that I’d spent in the hospital and the week after that, when I went to Tinley Park to stay with my mother’s little sister.  The trip had been my mother’s attempt to compensate me for the hospital.  It had been fun but hadn’t really helped, since my Uncle Dick acted almost exactly like my father.  It must be the name, I think, just before  I fall asleep.

I don’t remember dinner that night.  Just the doctor’s office, his mumbled pronouncement of the new fifty-cent words to describe my crippledness, and the ride home.  I think it rained.  It’s raining now, here in Brookside, great drops which fell upon my computer and sent me scurrying to the covered side of the porch.  A plane passes overhead and crickets chirp.

I used to think that the little insect slept during the day.  Recently I tried to find something about the seventeen-year locust, and in my search, I learned that crickets aren’t nocturnal.  They’re quiet in waking hours because they’re stalking prey.  So now I think of crickets as sneaky critters, slithering through the uncut grass in my backyard, looking for something delicious to nibble.

Rain comes in earnest.  I go inside to get a jacket, to close the windows, and wrap myself in the warmth of my home.  I stand at the windows, watching the yard, waiting for something that might or might not ever come. 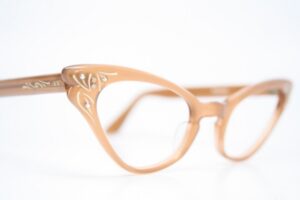 If you like what you read, please tell your friends about this blog.
1
SHARES
ShareTweet